Chances are you’ve seen kombucha in the fridge at your favourite cafe. Chances are, you’ve even popped a bottle or two, but do you know what it is, or why you should be drinking it? Read on to find out.

No longer the sole domain of hipster hang-outs, kombucha (or ‘booch’ as it’s called by those in the know) has certainly come of age and can be found everywhere from your corner store to the crammed shelves of major supermarkets.

But kombucha isn’t new. In fact, this fizzy fermented beverage is incredibly ancient. Originating in China more than 2,000 years ago, it’s made by fermenting sweetened tea with a symbiotic culture of bacteria and yeast (otherwise known as a SCOBY). As it ferments, the yeast converts the sugar to alcohol, which in turn is converted to a range of organic acids by the bacteria in the SCOBY. The resulting beverage is very refreshing, slightly sour – kinda like apple cider – and lightly effervescent.

Better still, it’s said to be extremely good for you. Kombucha’s live cultures of healthy bacteria and yeast act as a probiotic. The organic acids produced through the fermentation process, such as acetic acid, can stop the growth of bad bacteria including Salmonella, E. Coli and Staphylococcus; and the tea is full of antioxidants.

“Plus, our kombucha is certified organic and is free from preservatives, additives, and artificial sweeteners – the range is completely natural and simply flavoured with raw, cold-pressed juices.”

A former AFL footballer turned award-winning winemaker, Margaret River-based Carroll began making kombucha from home for his family’s consumption only. That was back in 2013, but it wasn’t long before extended family and friends began requesting their own supply and eventually, Carroll and his wife Amanda moved the operations out of their kitchen and into a dedicated commercial premise in early 2016. Today, sales of the Carroll’s rok Kombucha exceed 45,000 bottles a month, and with a new national distributor by their side, these figures look likely to soar.

Rok, meanwhile, is just one of many Kombucha producers jostling for market-share and all are enjoying the drink’s burgeoning popularity. In Australia, the kombucha market has grown 700 per cent in the past two years and the industry is said to be worth an estimated $200m. The drink even out-sells its carbonated counterparts in supermarket giants, Coles and Woolworths. Why? Mainly because it contains a fraction of the sugar compared to most soft drinks.

“Kombucha is extremely low on sugar,” says Carroll, whose own flavoured range contains one quarter of the sugar found in traditional soft drinks and one third of that found in cold pressed juices. “Even though sugar is essential to the fermentation process, once finished, there’s very little of the added sugar left in the beverage. This makes it a great, healthy alternative to alcohol, soft drinks, juices and flavoured milks.”

Booch really is ideal for those looking to lay off the booze – its tart, slightly acidic flavour and palate-cleansing properties means it pairs very well with many foods, much like wine. And while some alcohol remains in the drink after the fermentation process, it’s usually in such tiny, trace amounts that the drink is classified as a non-alcoholic beverage according to state legislation.

Want to see what all the fuss is about? The Black Truffle stocks flavoured kombucha from a range of suppliers including rok, Remedy and Kommunity Brew. 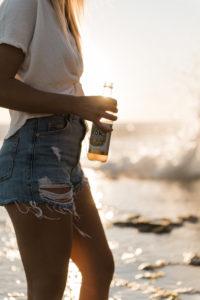 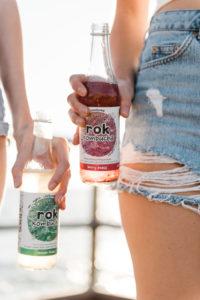