April’s Cheese of the Month

According to legend, Morbier was originally made for personal consumption by the workers hired to make another famous French cheese, Comté. They would sprinkle wood ash and salt over any leftover fresh curd from the morning’s milk to deter insects, and prevent a rind from forming. Any leftover milk from the evening session was then placed on top of the ash, creating a black layer through the middle – now a defining characteristic of Morbier, although today, the ash layer is decorative.

Cendre Royal – a French cow’s milk cheese – also has a dark vein of ash streaked through tis middle and is actually a pasteurized version of its famous predecessor, Morbier. Aged for less than eight months (three to four months on average), it has a rubbed rind and supple, soft centre. Although its distinctive aroma is pungent, the cheese is aromatic and surprisingly mild with both savoury and fruity notes. 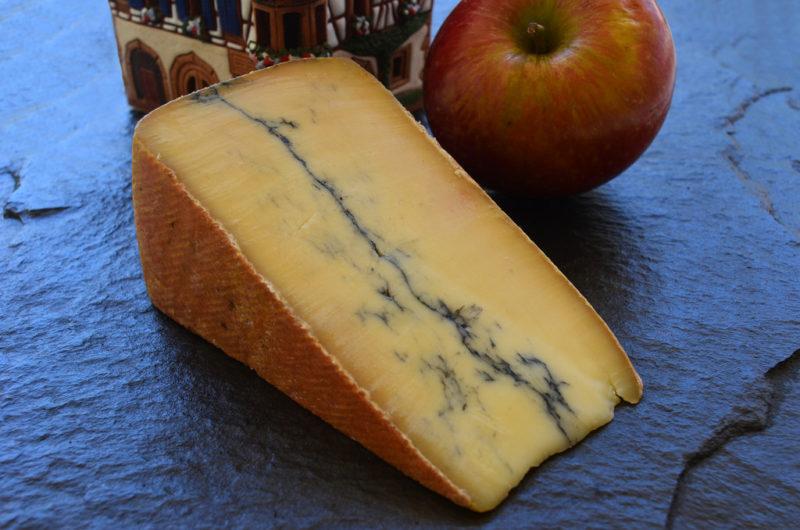