Chef’s choice: What to look out for in November

Keen to know what delicious new goodies are available at The Black Truffle? We asked chef Karl Gibson to share his top picks for the coming month.

It’s been two years since Karl Gibson walked into The Black Truffle kitchen, and boy we’re glad he did!

A chef for over 20 years Karl loves the frenetic atmosphere of a restaurant kitchen, but was craving more time with his young family. The laid back pace and family-friendly hours at The Black Truffle gave him just this, plus the freedom to constantly experiment with new dishes, inspired completely by the fresh produce on hand.

“I love restaurant work. I love the buzz and that steeplechase where you’re working towards a hectic service,” he begins, “but here I love that I can showcase healthy clean eating. I love that despite being an Italian providore at its core, The Black Truffle gives me the freedom to create foods inspired by lots of different cuisine, like the Indian Bombay potatoes, or the Israeli salad with chickpeas and a tahini dressing.”

Not only does Karl love to play with international flavours, he’s all about simplicity and is a master at making simple food shine using intelligently selected herbs and spices.

“I like to let food speak for itself: don’t mess around with it too much but get the best out of it by adding a few simple ingredients,” he says.

So what has Karl been creating recently? While he often works on a whim, and constantly delights customers with new dishes daily, here are some of our regular favourites.

“Even though poke bowls are traditionally from Hawaii, I love adding less conventional ingredients to the dish,” explains Karl. “They don’t have to be just fish and rice.”

In his poke bowls, Karl likes to experiment with clean, colourful and nutritious ingredients inspired by a specific cuisine. For example, in his Indian-inspired poke bowl you’ll find tandoori flavours with a raita sauce and a pilaf rice base.

For his Chinese fusion-inspired bowl he used a deep fried bean curd, edamame, bean shoots and a black rice base flavoured with miso and lime.

Customers may be surprised to learn that at The Black Truffle, we make almost all our own condiments – a job that often falls on Karl’s shoulders (because he’s so good at it).

Recently, Karl’s been creating a mouthwatering English-style piccalilli which he recommends eating in a fresh roll with shaved ham and other cured meats.

On the relish front he’s currently making beetroot and tomato relish, both of which you’ll also find inside pre-made rolls and paninis.

And while Karl’s kimchi and kraut is regularly used in his poke bowls, like the piccalilli and relishes they are also available behind the deli for people interested in adding them rolls, sandwiches and wraps.

If you’re looking for a delicious breakfast treat, Karl recommends grabbing a tub of his house-made granola topped with sweetened yoghurt, or made into a bircher-style muesli cup.

“The granola smells just like Christmas,” Karl says. “It’s made with oats with mixed seeds like flax and quinoa with coconut, orange zest and cloves.”

Karl believes people ‘eat with their eyes’, which makes his beetroot salad with celery, apple, radicchio, spring onions with a balsamic glaze dressing one of the tastiest dishes in store.

Another winner is the Israeli salad with chickpeas, roasted cauliflower, toasted black sesame, mint, garlic and spinach tossed through at the last minute.”

“Like most of my food, I like to stick with the origin,” Karl explains. “So the Israeli salad uses chickpeas and tahini – just really simple flavours.”

And of course, Karl always makes his own dressings.

Find these mouthwatering spring dishes and more instore at The Black Truffle. 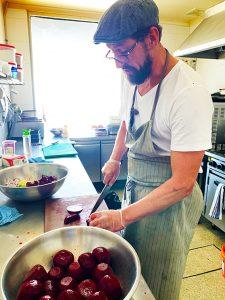 With over 20 years’ experience (including as a head chef) in hectic restaurants, Karl is appreciating the laid back atmosphere in The Black Truffle kitchen. 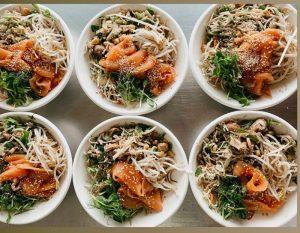 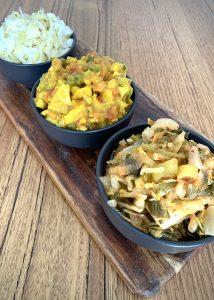 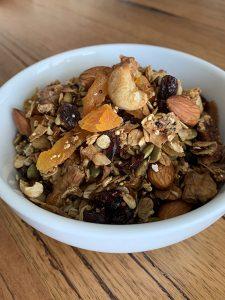 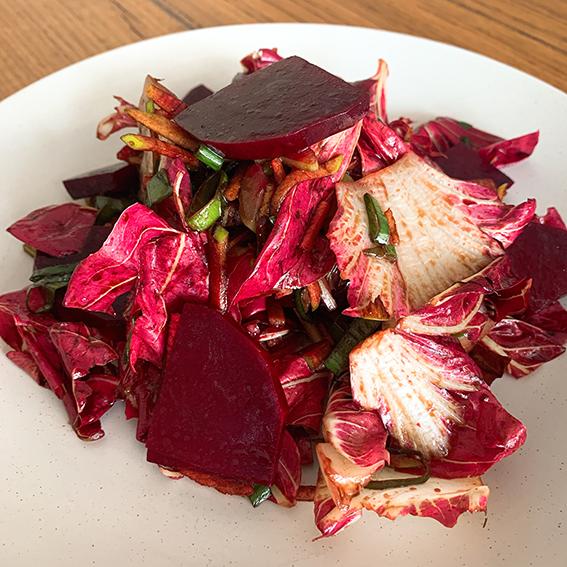