Know your red delicious from your royal gala? Currently, we’re in the middle of WA’s apple season so we decided to road test the most common varieties on the market to see which reigns supreme.

From the forbidden fruit to every day lunchbox staple, today the humble apple is the most consumed fruit in Australia.

With WA’s long season starting in May and continuing right through winter and spring, those looking for crisp, juicy apples have plenty of choice when browsing the fruit and veg isles. But with so many different varieties on offer, which promises to be the most satisfying snack?

Using an extremely scientific method, we decided to find out. Purchasing a selection of commonly sold varieties – Bravo, Fiji, Granny Smith, Jazz, Pink Lady, Red Delicious and Royal Gala – we sat down to munch our way through the line-up, rating each from least to most delicious.

Here are our (highly subjective) findings.

How to spot it: Granny Smith has a distinctive bright green skin, sometimes with a subtle red blush.

What the expert* says: Granny Smith is “a hard apple with a crisp tart flavour perfect for baking, freezing, salads, sauces and pies.”

What we say: Definitely the tartest apple in the bunch, Granny Smith is perfect for those who like their apples sour. The skin is chewier than we’d like however, the flesh is crispy and soft. Stick to the expert advice and use this apple in pies and sauces.

That said, Granny Smith is as Australian as Vegemite. Discovered in 1868 as a chance seedling (common belief is that it was born from a French Crab Apple), the apple is named after Maria Anne Sherwood, who emigrated from England to Australia in 1838, eventually creating an orchard on 24 acres of land just north-west of Sydney.

How to spot it: Red Delicious is a crimson to dark red apple, characterised by five distinct crowns on its base.

What the expert* says: “A medium to large apple with a medium sweetness and crisp white, juicy flesh. Great in salads,” says aussieapple.com.

What we say: A sweet but rather tasteless flavour makes this apple underwhelming. While the flesh is nice and crispy, its skin is tough and thick. Developed in the USA back in the 1870s, Red Delicious is the most common variety grown in NSW. The sweet flesh makes it great for salad, but there are better options on the market if you’re looking for a sweet snack on the run.

How to spot it: Pink Lady has a vibrant pink blush over a light green/yellow base.

What the expert* says: Also known as the ‘Queen of Apples’, or ‘Cripps Pink’, Pink Lady is described as being “a crisp apple with a dense, firm flesh and an excellent, almost effervescent flavour.”

What we say: Unfortunately, we think Pink Lady is overrated, which is a shame because as one of two uniquely WA varieties in the line-up, we were rooting for it (the apple is a cross between Golden Delicious and Lady Williams and was developed in the 1970s by John Crisp). Yes, its flavour is effervescent and sweet (its saving grace) however, its flesh is softer than we’d like and it has a slightly floury finish.

How to spot it: Royal Gala’s colour ranges from yellow through to a light orange/blush red with deeper red stripes.

What the expert* says: About this medium-sized apple Aussieapples.com says: “Gala is a round sweet apple that fits nicely into a child’s hand. It is dense, sweet, aromatic and juicy with a white flesh.”

What we say: One of the sweeter apples tasted, Royal Gala has a thin but slightly chewy skin. Its flesh is soft, sweet and a tad floury and its flavour is on the mild side. Developed in New Zealand, the apple is the result of a cross between Kidd’s Orange Red and Golden Delicious. It was introduced to Australia in the 1980s and has been a lunchbox favourite ever since.

How to spot it: Fuji is a predominantly light red/dull pink apple over a light green base, although skin colour in this variety can vary.

What the expert* says: “This medium-sized apple is slightly sweeter than other varieties and is great in salads, pies and sauces,” begins Aussieapples.com. “It is firm-textured, crisp and juicy with an extremely dense flesh.”

What we say: If you’re a sweet tooth, this is the apple for you. A Japanese variety, Fuji has a full on honey flavour making it a little too sickly sweet for us. In fact, it’s the only thing letting it down – otherwise, its flesh is crisp, juicy, firm, dense and satisfying.

How to spot it: Bravo is a large apple with a distinctive smooth, deep burgundy skin.

What the expert** says: Bravo apple is: “an exciting and unique fruit that has a distinct sweetness, moderate to high crisp and crunch, and a striking burgundy colour unlike any other apple currently available in Australia.”

What we say: Bravo is a slightly tart, crispy apple that finishes sweetly. If not for its tanginess, we would have ranked it in first place. Better still, Bravo is uniquely West Australian. A cross between Royal Gala and Pink Lady apples, they were commercially available for the first time in 2016.

How to spot it: Small to medium in size, Jazz apples have skin that is a pink/red blush colour over a light green background.

What the expert* says: “A crunchy, effervescent cross between Gala and Braeburn apples. Small to medium in size, with a tangy, sweet flavor.”

What we say: Effervescent is the perfect adjective for this apple. It’s sweet (but not sickly so), super crispy, firm and juicy. Jazz’s skin isn’t too tough, but crunchy. This apple is completely versatile – its size and flavour makes it perfect for lunchboxes, great for snacking and perfect in salads and baking. A definite winner in our books.

* For our official apple descriptions we turned to Aussieapples.com.au, the consumer website endorsed by Apples and Pears Australia Ltd (APAL).

**Description sourced from the Department of Primary Industries and Regional Development. 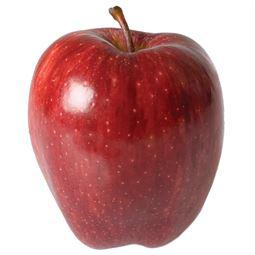 Delicious by name only in our books. 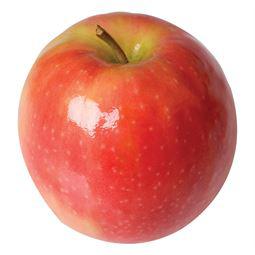 Pink Lady – the Queen of Apples has been dethroned. 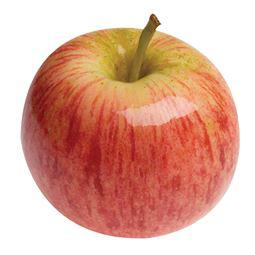 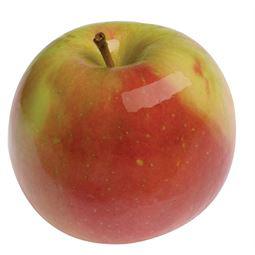 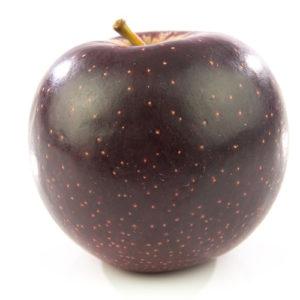 Like your apples tangy? Bravo is the choice for you. 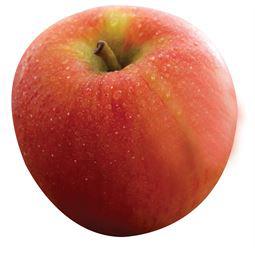 Apples and all that Jazz! Don’t let looks deceive you – this unassuming variety ticks all the boxes.