Dimattina Coffee: from the ground up

With a generations-long love affair with coffee at its core, Dimattina has grown to become one of Australia’s most successful coffee roasters. To find out how it has achieved success in an increasingly-saturated market, we asked Simon Dimattina to spills the beans.

If anyone was born to appreciate great coffee, it’s Simon Dimattina.

His father, Joe, was a pioneer of Australia’s coffee industry. Buying into Mocopan in the 1950s, he eventually took over the business and expanded it to become one of the country’s leading coffee roasters and importers.

Simon, along with his siblings and cousins, grew up on the factory floor, playing games amongst the roasters and bags of beans. Eventually, many went on to join the family business, and just like when they were children, they enlisted the newest generation of Dimattinas to pack and label coffee during school holidays.

In the early 1990s, Mocopan was sold to Cerebos, and although this gave the remaining Dimattinas valuable experience working for a multi-national company, the new style of management was at odds with their generations-long style of doing business. It was Simon who left first (fired for losing his driver’s license, he candidly shares), closely followed by his cousin Paul, and together they decided to continue the family legacy through their new venture, Dimattina Coffee.

“We started the business in 1998 in Melbourne with a staff of just four,” says Simon, naming family friend and former Mocopan employee, Lino Bettiol, as the company’s third co-founder.

“At that stage we wanted to specialise in wholesale to cafes and restaurants rather than the big hotels and catering companies – this (direction) was a bit of a niche at the time.

“It wasn’t long before we tried to set up a distributor in WA through an old contact from our Mocopan days, but the business model wasn’t great and that didn’t work out, so when I initially came over to Perth, it was to sort it all out.”

That was in 2001. The plan then was for Simon to set up the WA business, place it under local management, then fly home to Melbourne. Two decades later, that return flight remains on ice.

“I came over thinking I’d be able to fix things in about three months. But then it took me longer than expected and I kinda just stayed – I met my wife Rachel, got married, had kids and settled in,” he laughs.

Today, Dimattina’s WA operation has long outgrown its original North Perth premises. Now based in Osborne Park, the impressive HQ includes a large roasting area, heaving café, showroom, and a coffee training room and cupping lab. Back on the east coast, there are a handful of specialty cafes, showrooms, and a state-of-the-art roasting and training facility. Through a joint venture with family friend, Paul Saccone, Dimattina has also expanded into Bali where a plantation of 6,000 coffee trees – a species that’s indigenous to the Indonesian island of Flores – has produced its first crop.

Despite the company’s impressive growth, one thing has remained constant – its commitment to tradition and family, only now, your name no longer has to be Dimattina to be considered part of the clan.

Take Steve Grant for example, Simon’s very first WA employee. He joined the company as a delivery driver and is now General Manager. Or Georgia Brodie. Seven years ago she rose from barista to Marketing Coordinator. And Jono Parkes. Having also started out as a barista he’s now a Key Account Manager and Green Coffee Buyer, travelling when he can to origin to strengthen the company’s relationships with farmers across the globe. There are others, but you get the gist.

“We like to help our staff develop in the coffee industry, if that’s what they want to do,” says Simon. “People think that once you become a barista that’s as far as you can go. Some people want to be career baristas, and that’s great, but you could also become a coffee buyer, or get into coffee cupping, quality control, service tech (fixing coffee machines) or roasting. There are all sorts of different career paths.”

And just as Dimattina nurtures its staff, so too does it take care of its clients. In fact, the company’s commitment to customer service is what Simon believes sets it apart.

“I think it’s getting harder and harder to stand out now in the coffee industry (thanks to the increasing number of boutique micro-roasters) but I think we do stand out through our customer service,” he says.

“We’re investing a lot of time and money into our product and staff – training our people, going to origin and that sort of thing – but also, we are always trying to improve our service and invest money in our customers too.

“I think people buy our coffee firstly because they know it, and appreciate the quality and that’s great, but from there you have to deliver the coffee, make sure it arrives on time, make sure it arrives every week, make sure it’s consistent. If a coffee machine breaks down, we have technicians who can come straight out and fix the problem. We can also loan baristas to our customers if they find themselves stuck. We’ve been offering this level of service for a long time now.”

Through its training facility, the company is also up-skilling its customers, teaching them everything from how to make and taste coffee, through to coffee machine trouble-shooting. Would-be home baristas can also sign up for a class that teach the basics of coffee appreciation.

“The art of making coffee has become more of a science now than when I first started out in the industry,” admits Simon.  “But thankfully, our trainers – guys like Jono – are passionate about coffee and are happy to talk about it endlessly. They could honestly talk about it forever.”

Simon’s just as eager to share his passion. We end our conversation discussing our individual coffee of choice – Simon’s partial to a single origin from South or Central America, the characteristics of which, he says, are caramel and chocolate. This writer’s favourite is Dimattina’s award-winning Prima Tazza blend, and as I leave Dimattina HQ, Simon makes sure I’m clutching a freshly ground bag in my hot little hand. 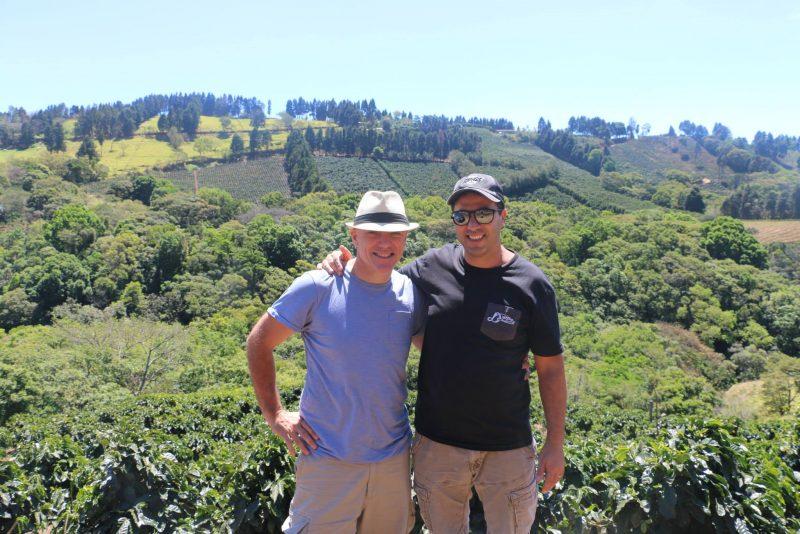 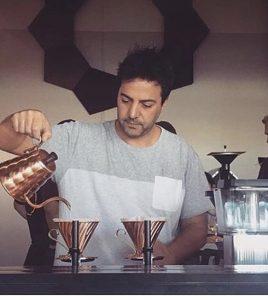 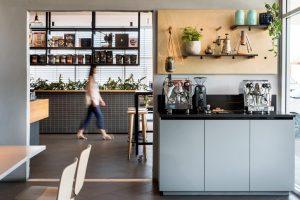 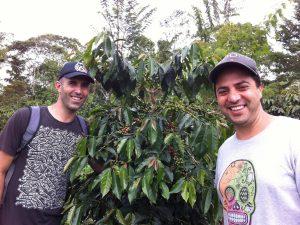 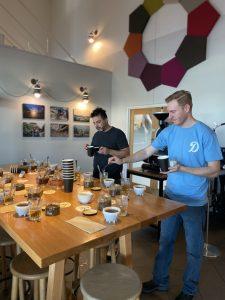 Simon Dimattina and Jono Parkes in the cupping lab 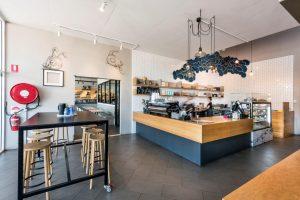 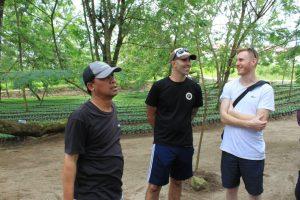 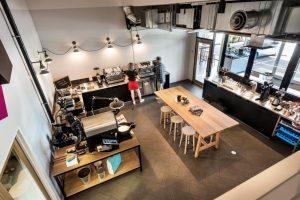 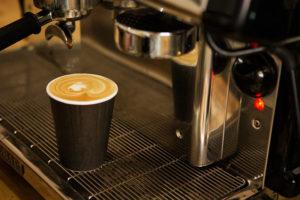