On the hunt for fresh black WA truffles

Buried in the heart of WA’s South-West, in the fertile farmlands around Manjimup, lies WA’s most illustrious gourmet offering – the black perigord truffle. We joined local producer, Manjimup Truffles, on a truffle hunt to unearth the art of farming these nuggets of ‘black gold’.

“You might have to sit in the back – the dog likes to ride up front,” laughs Steve Walsh, motioning over his shoulder to the back seat of the ute as Jasper, the eight-year-old black Labrador, nuzzles the palm of my hand.

Jasper is a precious commodity around here. As Manjimup Truffle’s family-owned truffle dog, he sniffs out hundreds of kilograms of the stuff each season worth around $250 per 100g retail. As Manjimup Truffle’s long-time Manager, Steve spends much of his time during the truffle season (June through to the early September) cruising the trufferie with this big lovable lab.

Today however, Jasper gets relegated to the back seat, panting heavily with anticipation as we bump our way along dirt tracks to the youngest of the company’s hazelnut and oak groves. Here, he and Manjimup Truffle’s Graham Tompsett silently partner up and start meandering along the neat rows – Jasper with his nose to the ground the entire time.

“That said, there is a heap of different scents for truffles. He can pick up say around six (ripe) truffles with all different smells.”

Barely seconds pass before Jasper stops and pads at the ground with his large black paw. Graham bends down and scrapes the soil from the surface, exposing the pocked black casing of a black perigord truffle. Taking a pocket knife, he shaves off a corner to ensure the truffle is ripe. It is, so he trowels below the fungus, prising it up out of the hard ground and offers Jasper a tasty reward.

“The truffles start ripening when the weather gets cooler, so basically from the start of June,” says Steve. “When a truffle is unripe the flesh is a caramel colour. As it matures it will turn a light grey, and then dark grey and then finally black.”

Steve explains that truffles grow during the warmer months but by the time temperatures drop, they’ve reached their final size. Once winter hits, a cold, dry season is ideal.

“Truffles are like sponges – any free moisture and they’ll absorb it,” he adds.

The one in Graham’s hand has an intense earthy odour and flesh that’s silky black and marbled with fine white veins. It’s a keeper, but at around 60g and with a few ginger-like knobs protruding from it, it’s more likely to end up in a commercial kitchen than on retail shelves.

“Around 850 grams is the biggest (truffle) I’ve dug out of the ground, but I’m sure Al (Blackers, owner of Manjimup Truffles) has found larger,” boasts Steve.

“But that’s not what the market wants. The market wants perfectly round, no knobs, no imperfections – just bigger than a golf ball.”

A truffle this size and shape ideally weighs around 20 grams, a size Steve believes is ideal for home cooks.

“Once you harvest a truffle, it starts going backwards. We say a truffle will store for up to 21 days, but to enjoy it in its prime, you’re better off buying 10 to 20-grams and use it within a week,” he says, adding that 20 grams is enough for roughly four adult serves (5g per serve is ideal).

But if you do want to keep your truffle longer, keep in mind it will infuse flavour into almost anything you store it with.

“Put it in a sealed glass jar on a bit of paper towel – glass jars are impervious to the smell so therefore it won’t go right through your fridge or wreck your container. The paper towel will take out any moisture but be aware that the paper towel will eventually dry it out,” Steve advises.

For some, that subtle truffle infusion is exactly what they’re after. Take rice for example. Sit your truffle on a bed of arborio and you’ll have an earthy, truffley grain for an extra tasty risotto. Or store your truffle in a carton of eggs then three days later whip up some seriously scrummy truffle-infused scramble.

Jasper isn’t permitted to eat the truffles he finds, but seems happy enough with the meaty dog treats he receives after every successful find.

It has taken us a little under two hours to harvest two rows. Jasper and Graham have managed to fill Steve’s plastic shopping bag to the brim – easily five kilos or so of ‘black gold’. It’s no wonder Jasper is so big!

HOW TO HUNT FOR TRUFFLES

While Manjimup Truffles is a commercial opperation only, visitors to Manjimup can have a unique truffle hunting experience at neighbouring The Wine & Truffle Co. One of the few trufferies in the world that allow visitors to participate in the privilege, the business holds daily hunts on weekends from 9.15am to 11.30am during the season. Bookings are essential and include a truffle information session, a truffle breakfast, coffee and tea, truffle food tasting, a guided hunt with the highly trained dogs and a full tasting of the award-winning Truffle Hill wines. Call (08) 9771 8179 or visit wineandtruffle.com.au.

Want to experiment with fresh black WA truffles? The Black Truffle sells Manjimup Truffles right throughout the season, which runs from June through to early September (RRP$2.50/gram). 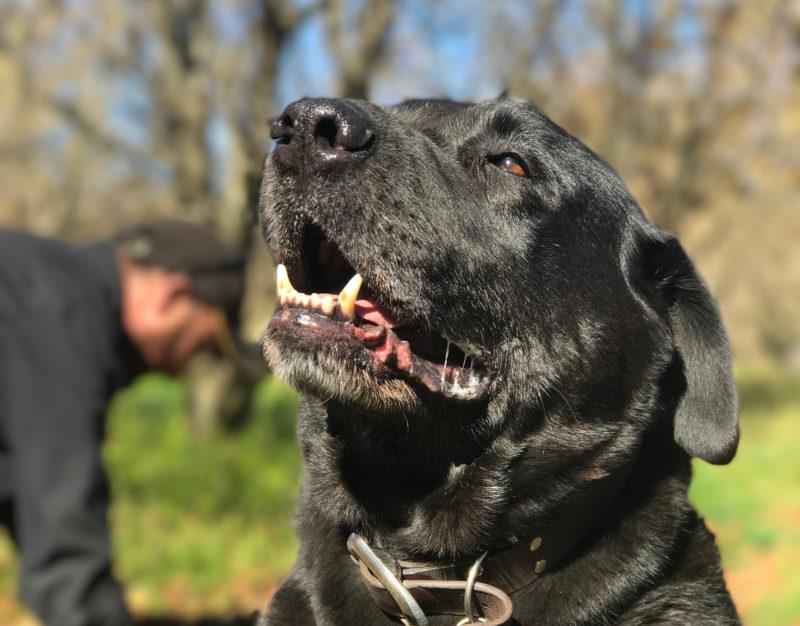 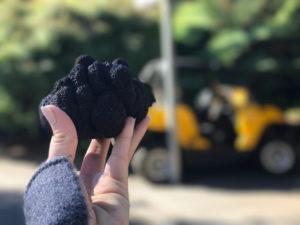 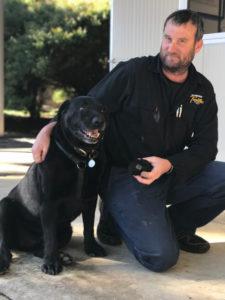 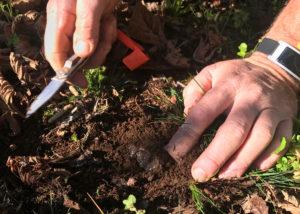 Checking to see if the truffle is ripe. 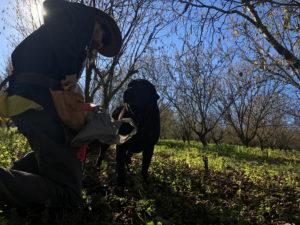 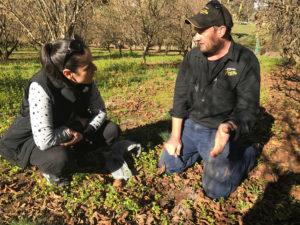 The Black Truffle’s Joanne Stevenson getting the truffle low-down from Steve Walsh. 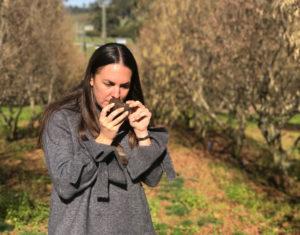 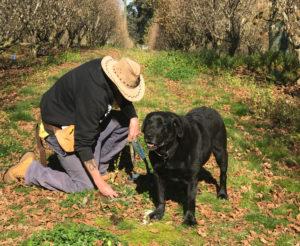 Jasper waits patiently while Graham checks the quality of the truffle.