September’s Cheese of the Month

As the days get longer and hotter, the barbecues become more frequent, and there’s no better cheese for grilling than halloumi, which is why this versatile Cypriot favourite is our pick for September.

Originating in Cyprus, Halloumi is an un-ripened white cheese made from a mixture of goat’s and sheep’s milk (and occasionally cow’s milk) that’s stored in its natural juices and brine.

Now loved globally, it tastes great grilled and tossed through salads, fried like potato chips, served with vegetables, and paired with watermelon when the weather really heats up, but we like it simply pan-fried then served with a squeeze of fresh lemon.

At The Black Truffle we serve two varieties of halloumi.

Aphrodite Halloumi ($38.95/kg) was originally created by Cypriot shepherds as a way to preserve excess milk stores during spring. Discovered by Will Studd while filming in Cyprus, the artisan cheese is still handmade the traditional way from a combination of goat’s milk, which gives the cheese its firm elastic texture, and fatty ewe’s milk, which gives the cheese a subtle lemony tang and allows the cheese to form a golden crust when it’s grilled or fried.

Barossa Valley Halloumi ($11.95 each) is made in Australia from cow’s milk. The cheese is light and mild, and has the traditional ‘squeaky’ texture that makes it ideal for cooking on the barbie. We love it best skewered, grilled then drizzled with a drizzle of olive oil. 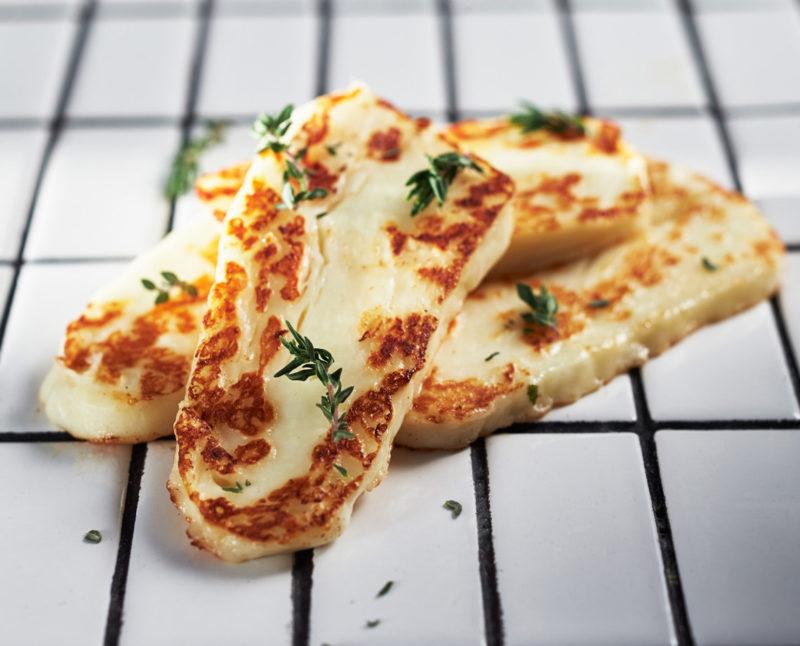 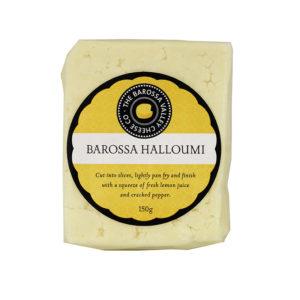