September's Cheese of the Month

Arguably no-one does cheese quite like the French. This month we’re dipping crusty chunks of baguette into the gooey goodness that is baked fromager des clarines.

Hailing from the Jura Mountains near the Swiss border, fromager des clarines is perhaps one of the most decadent things to ever come out of France.

Made from cow’s milk, it’s most commonly served at room temperature when the rich, white truffle butter flavours are strongest and the texture is creamy and flowing.

It is not unusual for this cheese to develop orange or blue mould patches on the surface. When this rind develops and the surface appears to have rippled, it is at its most flavoursome and oozes from its timber box.

In 2010, Will Studd created a national stir with fromage de clarines when he decided to bake the cheese during an episode of Masterchef. While gorgeous spooned straight out of the container, Will’s method elevates clarines to a whole new level.

Try it – we promise you won’t be disappointed.

A couple of thyme sprigs 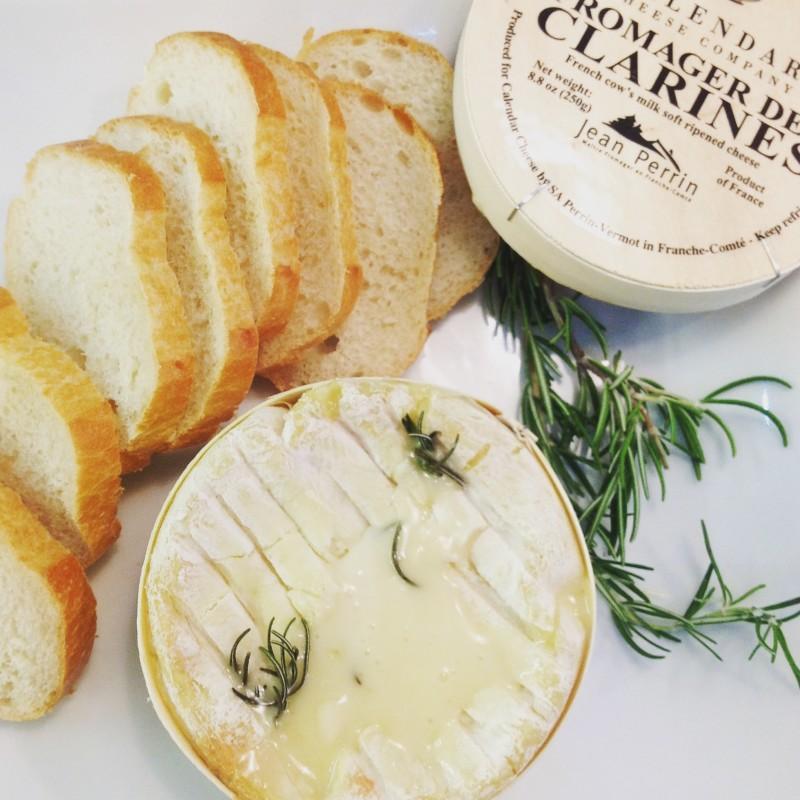