The Southern Forests: Is this WA’s best foodie destination?

The Southern Forests, with over 50 different fruits and vegetables, marron, livestock, honey and fresh truffles all farmed in region, is WA’s most abundant food bowl. Now, thanks to the Southern Forests Food Council, Australia and even the world is cottoning on.

Meandering along the backroads in Manjimup, Pemberton, Northcliffe and Walpole, it’s hard to ignore the diversity of fresh food being grown.

This is the land of the famous Pink Lady apple, and the revered black peridord truffle where sprawling avocado orchards rub shoulders with chestnut groves, potato crops, green leafy market gardens and vineyards. Dotted amongst the grapevines are finger limes, figs and feijoas, some of the more unusual foods grown in the area.

This is what’s known as the Southern Forests region, a bountiful pocket of Western Australia where over 50 different fruits and vegetables are grown by local producers including 50 per cent of the state’s apple production, 70 per cent of the avocado production (October to mid-February), a whopping 90 per cent of WA’s broccoli and potato production (when in season), and almost all of the commercially available marron.

While we’re rolling out the statistics, a quarter of the population here is involved in agriculture, forestry or fishing, making agribusiness critical to the local economy. It was to support these local producers, and represent their interests, that the Southern Forests Food Council (SFFC) was founded in 2010, then formalised in September 2012 following a $5 million State Government investment under the Royalties for Regions scheme.

One of the area’s greatest strengths – it’s diversity – is also one of its biggest marketing challenges. Today, the council has over 400 members who collectively, have made serious inroads to unifying the industry and strengthening its economic performance by creating jobs, elevating the region’s reputation as one of WA’s most desirable culinary destinations and building demand for the products both at home and overseas.

“The vision of the SFFC is to ‘build the region’s reputation for quality food,” explains Bevan Eatts, Southern Forests Food Council Executive Chairman.

“With over 50 different varieties of produce grown in the region, producers were frustrated that no one had even heard of the Southern Forests region, or were aware of the diverse and quality produce that was right on Perth’s doorstep. The inaugural SFFC Committee was formed from 10 passionate, likeminded producers with the goals of creating a regional unifying brand and promoting the regions produce.”

Since then, the SFFC has morphed into an organisation that assists producers with packaging, supply chain options and promotion of produce under the ‘Genuinely’ brand. It’s also working to achieve recognition as a highly regarded culinary tourism destination.

Take a culinary tour of the region

Held monthly to coincide with the Manjimup Farmers Market, the tours are collaborations between the SFFC and market-ready operators across the tourism, hospitality, agricultural, horticultural and aquaculture industries.

Staying in quality accommodation across the region, travellers are guaranteed to spend a morning at the bustling fresh food market tasting seasonal fruits and vegetables, local wines and artisanal products. They’ll also spend time exploring some of the region’s most impressive natural attractions, like Pemberton’s towering 51-metre Diamond Tree.

Each package will include exclusive behind-the-scenes farm gate tours with trips to avocado and marron farms, fruit orchards and trufferies all possible excursions (depending on the season).

And of course, it wouldn’t be a culinary extravaganza without local produce-driven lunches and dinners, and pit-stops at wineries and breweries.

The tours are all-inclusive from Perth and aim to provide a genuine, down-to-earth culinary experience. Dates and itineraries are due to be announced in coming weeks. For updated information visit southernforestsfood.com

Where to find foods from the Southern Forests in Perth

Nipping down to the South West not an option right now? Doesn’t matter, because each weekend, the SFFC brings a wide selection of produce to the big smoke.

If you’re a chef or in the industry, head to Market City, Canning Vale, and you’ll find a whole floor dedicated to Genuinely Southern Forests branded producers. It’s a one-stop-shop for local broccoli, lettuce, honey, berries, apples, potatoes, avocados and much more (depending on the season, of course).

Chefs looking to get their mitts on some of the more boutique Southern Forests produce – like finger limes, feijoas and figs, for example – can do so through GetFresh Merchant, a Perth-based wholesaler appointed to strengthen the supply chain between local growers and the industry. According to Bevan, the company’s strong paddock-to-plate philosophy makes them the perfect trade partner.

“GetFresh Merchants’ philosophy of supplying their clients with seasonal fresh produce, having relationships with the grower behind the produce and passing that knowledge on and into the kitchen is of great value,” he says. 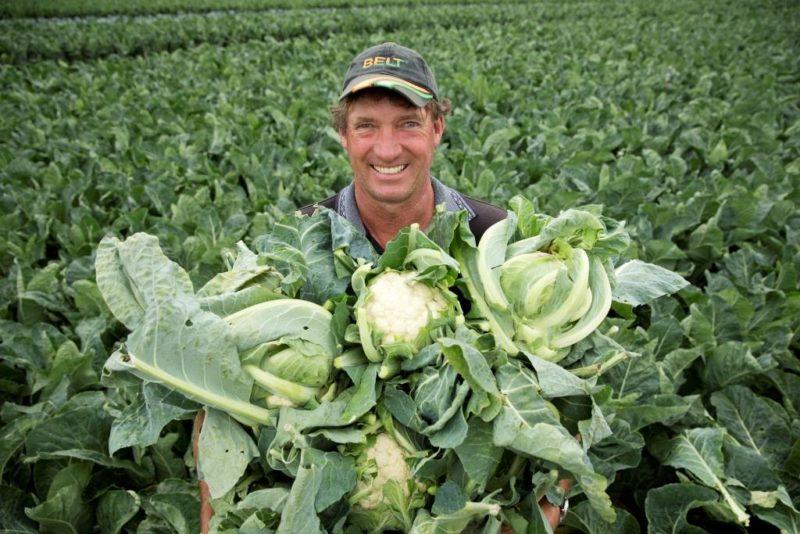 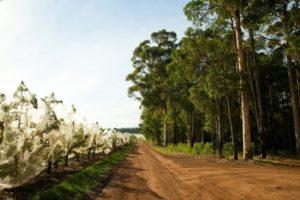 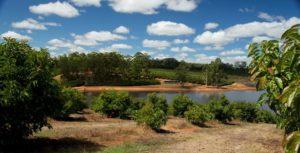 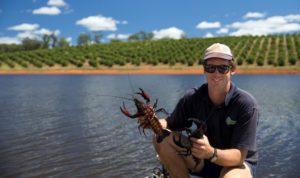 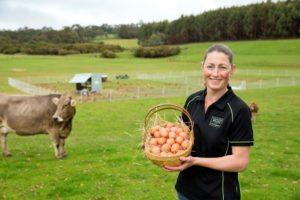 Collen Roberts from CharCol Springs pastured eggs, home to the happiest chickens in the Southern Forests. Meet them on a Genuinely Extraordinary – Southern Forests Food and Farm Experience. 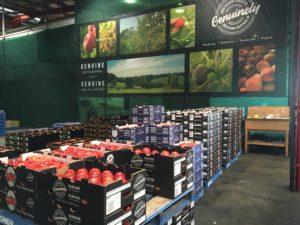