Why Australia loves the Melbourne Cup

Champagne on a Tuesday? Why not! You don’t have to be trackside at Flemington to enjoy the ‘race that stops the nation’, so dust off that fancy fascinator and floral frock because the Melbourne Cup is cantering quickly towards us.

In 1861, in front of approximately 4,000 people, Archer became the first horse to win the Melbourne Cup, dominating at Flemington Racecourse by six lengths.

The following year the horse and its trainer, Etienne de Mestre, returned to win by eight lengths, a record that remains unbeaten. It was an illustrious start to a sporting event that would become one of Australia’s most iconic.

“Phar Lap captured the heart of the nation in the 1930s, and in 1999 Rogan Josh from WA won the Cup, which provided Bart Cummings with the 11th of his 12 victories. But few sporting stories, let alone racing tales, matched that of mighty mare Makybe Diva, who treated Australia to a hat trick of Cup wins in 2003, 2004 and 2005,” explains Professor John Yovich AM, Managing Director of Perth Racing.

“Of course from WA we have seen some excellent jockeys win the illustrious Melbourne Cup, including local son Damien Oliver in 1995 aboard Doriemus, 2002 aboard Media Puzzle and 2013 aboard Fiorente.”

So loved is the race, Victorians are granted a public holiday on Melbourne Cup day. And while the rest of the country isn’t so lucky, Australians far and wide are just as enamoured with the Melbourne Cup Carnival for its undeniable glamour and style. Who doesn’t want to frock up, have a friendly flutter and down a glass of Champagne at lunchtime on a Tuesday?

If you’re in Perth on Tuesday November 7 this year, the only place to be, according to Yovich, is Ascot Racecourse.

“With Ascot Racing Carnival nearly here, we hope people will join us for a great day out under Perth’s beautiful blue skies to enjoy a series of standout race days,” he says.

“Perth Racing has turned it up for 2017 with a new look Carnival offering new and different experiences at Ascot Racecourse. This year you can enjoy live DJ mash-ups and bands, pop-up bars, gourmet food and cocktails, relaxed lawn picnics and a new Mumm Champagne Garden – you won’t want to miss out.”

In addition to big screens televising the races from Flemington, Ascot is the only place in Perth featuring live thoroughbred racing throughout the day. Tickets to the premium Mumm Champagne Garden are selling fast, but if you miss the boat, there are other options to explore. General Admission tickets are available for purchase at the gate however, to really kick your heels up in style, Yovich has this advice for race-goers.

“Book early and experience one of the many new hospitality venues on offer; including the newly created hospitality precinct “The Green”. This premium location is trackside with exclusive marquees and private cabanas, packed with music, fashions, fine dining, a dedicated wait-service and corporate entertaining in an elegant and indulgent setting at Ascot Racecourse this Melbourne Cup,” he says.

Can’t make it to Ascot?

Just because you may be office or home-bound doesn’t mean you can’t partake in a little Melbourne Cup fun. Why not watch the big race in the boardroom, accompanied by fun sweepstakes and a light lunch? You’ll find plenty of hints and tips for organizing your own show-stopping Melbourne Cup shindig, including complete catering options, here.

West Australian jockey Damian Oliver is a household name across the country winning three Melbourne Cups, but he’s not the only home-grown hero to have success on the big day. Read on for a run-down of others: 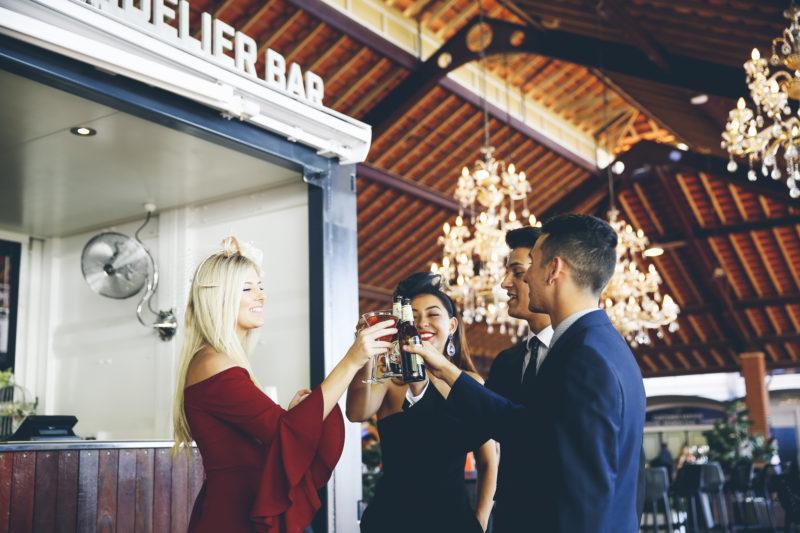 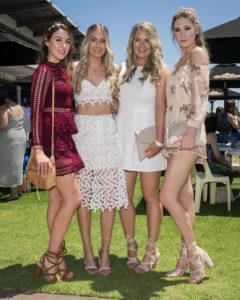 The Melbourne Cup offers a great excuse to frock-up on a Tuesday (Image © Perth Racing). 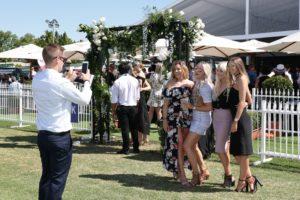 Ascot Racecourse is the most atmospheric place to be this Melbourne Cup Day (Image © Perth Racing). 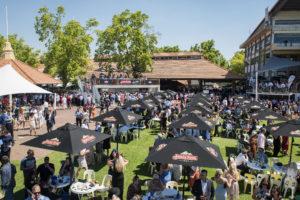 There are plenty of hospitality options on offer at Ascot Racecourse (Image © Perth Racing). 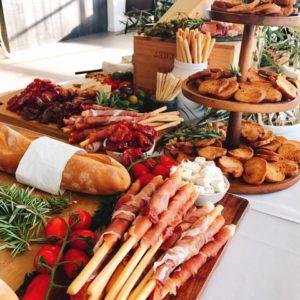 Can’t make it Ascot? Why not plan your own Melbourne Cup shindig at home or at work?