It’s truffle season – one of our favourite times of the year – and there’s nowhere we’d source our premium black Perigord truffles from than Manjimup. Here’s why.

Black truffles are literally funghi. But love them (and here at The Black Truffle we certainly do!) or not, these underground mushrooms are one of the world’s most highly-sought delicacies with crop values exceeding $2,000 to $3,000 a kilogram! Little wonder they’re otherwise known as ‘black diamonds’.

But not all truffles are created equal. Globally, there are over 5,000 species of truffle-producing funghi of which only around 70 are edible by humans. The king of them all is the French black Perigord and although native to France, it’s in WA’s small South-West farming community of Manjumup, that some of the world’s most highly sought-after are now being produced.

Today in fact, Manjimup is responsible for over 80 percent of Australia’s total production of French black Perigords with 90 percent of this bounty snapped up by top kitchens across the globe. Luckily, some also ends up in gourmet retailers (such as The Black Truffle) and on restaurant menus across town.

Here’s why the Manjimup region has earned its reputation as producers of some of the world’s best black truffles.

Where it all began

While black Perigords have been harvested in France and Italy for centuries, Australia – and Manjimup in particular – is a relative newcomer to the industry, which was pioneered by Al Blackers of Manjimup Truffles and Nick Malajczuk, a scientist from the CSIRO.

Blackers began experimented with truffle growing in 1994. He soon began inoculating oak and hazelnut trees with mature truffle spores in his family nursery, finally planting his trufferie in 1997. Four years later his hard work paid off – the trees had matured enough to flower and in 2004, Manjimup Truffles harvested its first truffle.

Today,more than 150,000 inoculated trees are producing black Perigord truffles across the region.

The Climate and season

WA’s truffle peak season runs from June through to September, although harvesting typically begins in late May.

The funghi grow best in regions with Mediterranean climates, typified by warm summers and mild to cold winters. Some degree of summer rain is also needed to create moisture and humidity around the roots – this is critical for truffle growth.

The soil and vegetation

Black truffles grow on the roots of inoculated host trees. Here in WA – and globally – the most commonly used species are hazelnut and oaks.

What soil the trees are planted in naturally matters too.

From the tree’s perspective, the soil must have good aeration and drainage – both hazelnuts and oaks can suffer from root rot if their roots sit in wet soil for too long so sandy loams that drain rapidly are ideal. In Manjimup, much of the soil also contains small gravelly stones, which assists drainage.

From the truffle’s perspective, to grow effectively the soil also needs to be alkaline with a high level of calcium. Soils in WA sometimes need additional agricultural lime added to increase the soil’s natural PH.

Not sure which truffle to choose?

Manjimup truffles are renowned for their superior quality however there are a few tricks to picking a winner.

When instore, check out the Truffle Hill and Stonebarn ranges of truffle products including oils, salts, mustards and honeys.

Truffle cheeses (including some made in-house) will also be arriving in coming weeks too. 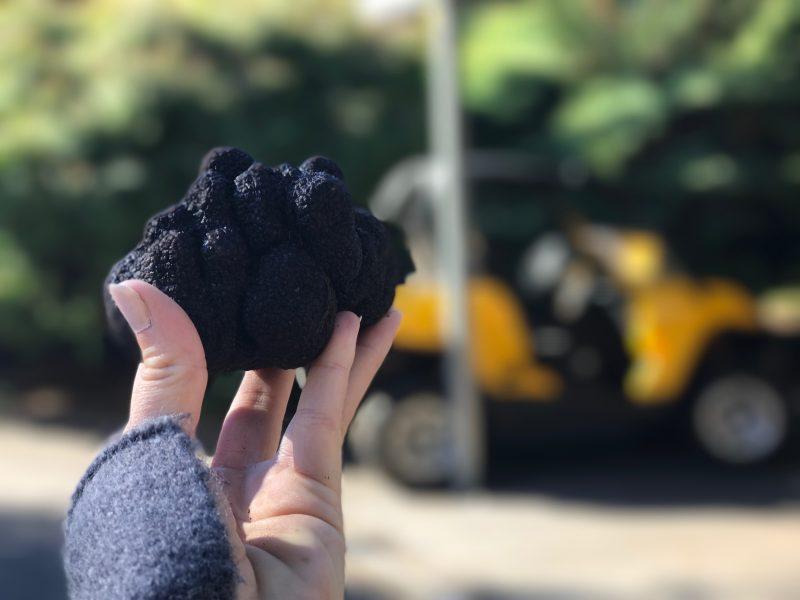 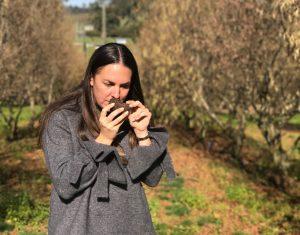